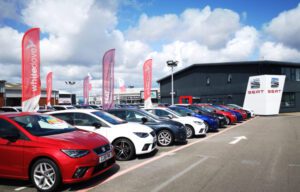 The number of used cars sold fell by nearly a fifth in the second quarter as the supply issues that have put the brakes on the new car market finally hit the availability of second-hand vehicles.

Figures out today from the Society of Motor Manufacturers and Traders showed a 18.8 per cent fall in the second quarter of 2022, with 1,759,684 transactions. Some 407,820 fewer vehicles changed hands compared with the same period last year.

The long-running shortage of semiconductors continued to affect the supply of new cars, with an “inevitable” knock-on effect on used transactions, the trade body said.

While the scale of the decline in the second quarter was artificially inflated by comparison with 2021, when the easing of Covid restrictions resulted in the busiest second quarter since records began, it was also 13.5 per cent down on pre-pandemic levels.

Chris Knight, UK automotive partner at KPMG, said: “With the rate of new cars entering the market significantly down on previous periods as manufacturers grapple to solve supply issues, consumers are holding on to their vehicles for longer, resulting in fewer used car transactions.

“Prices remain significantly higher than pre-pandemic as consumers are willing to pay a premium to avoid having to wait. There is, however, evidence that price growth is cooling amidst a cost of living squeeze, and a rise in the cost of driving.”

He added: “Consumer demand for used cars may well drop in the coming months, but the supply landscape is such that it’s unlikely that we will see major price corrections in the near term.”

Mike Hawes, chief executive of the SMMT, said: “It was inevitable that the squeeze on new car supply would filter through to the used market. Despite this, Britain’s used car buyers clearly have a growing appetite for the latest low and zero-emission cars, and we need a thriving new car market to feed it.

“The next prime minister must create the conditions to drive consumer confidence, especially in EVs (electric vehicles), to drive the fleet renewal necessary to meet our decarbonisation goals.”

A public inquiry has begun into London Luton...

Banks pull mortgage deals in the face of...

4 types of unconscious bias in the workplace...

September 26, 2022
Join The Exclusive Subscription Today And Get Premium Articles For Free
Your information is secure and your privacy is protected. By opting in you agree to receive emails from us. Remember that you can opt-out any time, we hate spam too!