100 Percent Fed Up reports – Rep. Ken Borton (R-MI) is using a new campaign mailer to deceive voters into believing Mike Lindell supports him, but nothing could be further from the truth.  When Mr. Borton was running for office in 2020, he promised to be the “voice” of his constituents if elected. When MI residents demanded he and other Republican lawmakers take action to address hotly contested results of the 2020 election—he ignored them. Antrim County, MI, which is currently part of Ken Borton’s District 105 (which has been redrawn for the 2022 election), became a national story when, on the day after the November 2020 election, it was reported that Biden won the solidly red district by over 5,000 votes. Antrim County residents, located in Ken Borton’s district, immediately cried foul.

Residents in Antrim County were furious about the vote flip that gave Joe Biden a win in their deep red district. Yet, Rep. Ken Borton remained silent on the topic that, along with the economy, continues to be the number one issue with voters in northern Michigan who still believe the election was stolen from Trump.

In the summer of 2021, Mike Lindell was a speaker at a voter fraud rally at Friske Farms in Antrim County. I was standing next to Mike when Rep. Ken Borton approached him in the VIP tent and asked for a photo with him. While Rep. Borton was posing for a photo with Mike, I asked him to tell Mike what he was doing to address the voter fraud that took place in November.  Instead of sharing the details of his inaction, Rep. Borton looked at me and immediately left the tent.

This week, a promotional campaign flier was mailed to voters in Ken Borton’s district. The flier curiously featured the photo he quickly snapped while inside the VIP tent in Antrim County before running away when confronted about his cowardly response to addressing voter fraud in Michigan.

I spoke with Mike Lindell this morning and asked him if he knew Rep. Ken Borton; Mike replied, “No!” When I told him Mr. Borton was using an image of him and pretending to be fighting for election integrity, he told me he thought it was “disgusting.” Lindell continued, “If he isn’t all about addressing election crime and getting rid of the machines, then he is clearly deceiving the public by using a picture of me!” The letter was signed “Respectfully” by 17 Republican lawmakers. Of the 17 lawmakers, only 9 have been vocal about investigating a legitimate allegation of voter fraud in Michigan. The other 8 lawmakers are facing challengers in the upcoming August primary election. Ken Borton is one of the 8 lawmakers who, for two years, allowed their fellow lawmakers like Steve Carra, Matt Maddock, and Daire Rendon to risk their political careers when they called for a forensic audit of the 2020 election while lawmakers like Ken Borton stood by and did NOTHING.

Here’s a copy of the signature page signed by 17 Republican lawmakers: Ken Borton is one of a handful of lawmakers who fought to strip homeowners of their right to restrict commercial properties in residential communities in Michigan.

After Ken Borton won a seat in the MI House of Representatives in 2020, he ignored the cries of his constituents to do something about voter fraud in Michigan. Instead, one of his first acts by the freshman congressman who previously made a living from the short-term rental business before running for office was to rally support for a bill sponsored by fellow GOP Rep. Sarah Lightner of Springport Township that would strip zoning decisions from homeowners in their communities and hand them over to the state.

On October 27, 2021, Michigan House lawmakers in an overnight session approved legislation in a 55-48 vote that would prohibit cities and townships from banning short-term rental housing.

The controversial legislation would include short-term rentals as a valid residential use under Michigan’s zoning act, upending zoning changes local communities have made or are considering to limit and regulate short-term rentals by deeming them commercial use.

Instead of representing his constituents, Ken Borton was more concerned about representing his own self-interests. Borton’s push for taking away the rights of individual homeowners and local homeowner’s associations and giving the decision to the government is nothing new. As one of his final acts as the Otsego County Commissioner, Borton orchestrated a change to the definition of “Bed and Breakfast” in Otsego County’s zoning department to make it easier for commercial properties (short-term-rentals) to do business in residential neighborhoods with fewer restrictions. Short-term rentals are devastating to homeowners who once enjoyed the quiet and peaceful existence of being in northern Michigan. Instead, they are now subject to wild bachelor and bachelorette parties next door, or multiple families jammed into a single-family home that wasn’t built to accommodate multiple families.

It’s no surprise that Rep. Ken Borton would get the endorsement of the REALTORS® Political Action Committee (RPAC), which benefits from LLCs and hedge funds who consistently overbid individuals for homes in northern Michigan they plan to turn into commercial short-term rental properties.

From Ken Borton’s Facebook page: I am proud to be endorsed by the REALTORS® Political Action Committee (RPAC). 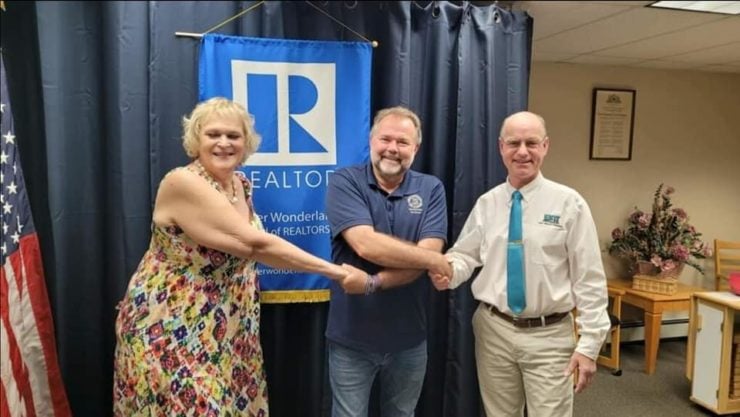 Borton’s opponent, Kim Morley, recently held a town hall meeting in his hometown of Gaylord, MI, where she addressed the concerns of homeowners who are concerned about government overreach and their fight to strip them of their right to make decisions about zoning in their neighborhoods and communities.

Morley, who is hoping to unseat freshman Representative Ken Borton believes the decision to allow commercial short-term-rental homes in residential neighborhoods should be up to the local residents and not a group of lawmakers in Lansing. Kim Morley, who will fight for election integrity in Michigan and will be a strong advocate for smaller government, is running for MI State Rep. in the 105th District. The Michigan primary election is on August 2nd. Michigan voters need to choose the candidates who will best represent their interests.

You can go here to learn more about Kim and her candidacy: MorleyForMI.com

5 Reasons to introduce tech into your travel programme

Bidenomics: Inflation in US So High Today that NYC Stores Now Put SPAM Under Lock and Key (VIDEO)