Popular
Newsom’s 10-Year Plan to End Homelessness Sounds Great...
No Ethics Whatsoever: Democrat Party of Tarrant County...
Democrat Fetterman Agrees “LGBTQ Education” Should be “Mandatory”...
LIVE-STREAM VIDEO: January 6th Solidarity Truth Rally –...
“Bill Barr is a Stone-Cold Liar! I Said...
Chief Economist Predicts House Prices Could Fall by...
Woke Air Force Academy Diversity Training Tells Cadets:...
Sports Commentator Predicted in April that Albert Pujols...
Nicaragua Government Removes CNN en Español from the...
“If Things Go in Difficult Direction, We Have...
Home Business The first decision you have to make is whether being in the limelight is for you
Business 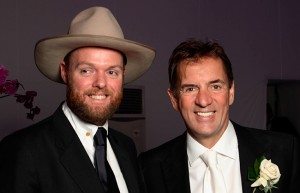 As part of handling the Personal publicity for former BBC Dragons’ Den star Duncan Bannatyne, part of my brief was to discreetly supply the Sunday Times Rich List researchers with evidence of his worth, press cuttings and the like, to ensure Bannatyne was billed well ahead of any of other Dragon – particularly Peter Jones in terms of his personal Net Worth.

Duncan was absolutely obsessed with being seen as the bigger standalone Dragon in terms of personal worth in the Sunday Times Rich List. Being at the top of that list was a badge of honour for Bannatyne. Far from running for cover and not wanting his personal worth known, Bannatyne was quite the opposite and couldn’t do enough for researchers via myself in terms of helping them build a robust picture of his net worth. He was gutted with the onset of Peter Jones vehicle on ITV, Tycoon (which fell somewhat flat in terms of ratings) and always wanted to find a way to outdo him.

In contrast, I also represented for a time the best man at Duncan’s wedding to Joanne McCue on the 11th November 2006, John Moreton, who was wholly the opposite to Bannatyne in terms of his outlook to personal publicity. Moreton founded the Southern Cross Nursing Home Group and had painstakingly had himself extracted from the Sunday Times Rich List. He begged to be taken out. He didn’t want to be a target for the thousands of individuals and groups that would target him for handouts.

Bannatyne, prior to entering the Dragons’ Den, already had his heart set on TV and Film stardom.

As a jobbing actor he was humiliatingly lining up at auditions for bit parts in films, winning some and losing some. One that landed was playing the non-speaking role of a dead guy in a pool for the BBC’s Sea of Souls. The non-action role involved him floating lifeless past the camera under water. Another part resulted in him paying £6,000 in a charity auction to appear very briefly on screen as ‘Derek’s Friend’ in the 2004 film ‘School of Seduction’ which saw him appear alongside Kelly Brook set in Newcastle. Then he played a bar owner in ITV’s Girls’ Club, also set in the North East of England.

A producer eventually said to him, ‘You might be in luck, Why don’t you audition for the BBC’s new series called Dragons’ Den, based on the American show ‘Shark Tank’?’

The timing was perfect. He got the part and the rest is history.

For Bannatyne, he was as much interested in propelling his persona into the national media, not just in order to promote Bannatyne Health Clubs or his Bannatyne Hotel in Darlington but to make himself the brand. He wanted to be the product people paid to consume.

He also understood the power of image in terms of selling your personal brand. Rather than just a flat monthly retainer for placing stories about him in the national media, he also handsomely bonused me for getting stories to run in the media that also were accompanied with a picture of him. He realised that a picture is indeed worth a thousand words. And so I did everything possible to get his image to run in stories. That was very much part of the brief.

He was single-minded and had a plan.

The books that followed authored by Bannatyne were one major product output of the Duncan Bannatyne brand. His first book was ‘Anyone Can Do It: My Story’ in 2006. This was to the horror of another one of my clients Sahar Hashemi, the co-founder of Coffee Republic whose bestselling autobiographical business book in 2004 was entitled, you guessed it, Anyone Can Do It: Building Coffee Republic from Our Kitchen Table’. Bannatyne would never let someone else getting in first stop him copy and pasting a good idea and running off with it.

His personal brand was riding high and making plenty of money.

Then came the speaking engagements. By having TV exposure, he could command up to £20,000 for a 40-minute talk to a Deloittes, JP Morgan or Ernst & Young. That fee continued to rise in parallel with his ascending TV stardom.

Again, Duncan Bannatyne was the product that people were paying to consume.

What took the flogging himself to the next level was why I probably secured a place at the top table of his wedding in 2006. I had already sold his engagement pictures for a five-figure sum to OK! Magazine. The plan was to go again with the wedding pictures which I was there principally to orchestrate.

I was on a coach with Deborah Meaden, Theo Paphitis and Duncan and others going from the Church to the reception held in a hall with eighties legend, the real Mark Almond performing.

All the Dragons got suspicious about the pictures I was carefully co-ordinating involving them all gathering in groups and smiling for the celebrity photographer, as opposed to standard wedding photographer.

It was Theo Paphitis that eventually spouted off “How much is Duncan getting for these pictures then?”

This is the juncture where you need to decide carefully and consciously what path you want to take with your own publicity.

Are you going to be the product and make money from your own personal brand? Or is your personal profile only there to help boost your various business interests?

Or are you a hybrid being both the product but also your profile boosting all of your other businesses?

There’s another option for the faint-hearted.

Perhaps you’ve decided, after much soul searching, that the limelight is in fact not for you after all and you’d rather let your businesses speak for themselves?

You don’t want the risk of ridicule on social media or journalists taking pot shots at you once they mood-swing.

Read on if you’re in the former categories. It will be a white-water ride. If you get it right, the rewards truly outweigh any negatives.

Read more:
The first decision you have to make is whether being in the limelight is for you

Russia about to ‘run out of steam’ in Ukraine, British spy chief claims

Hospitality hit as consumers cut back