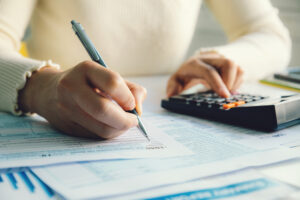 HMRC handed out 80 per cent more penalties for careless errors made by taxpayers in their tax returns last year, with 89,317 penalties issued in 2021/22, up from 49,701 the previous year.

Some of the penalties issued for ‘careless errors’ are likely to be for mistakes made in returns filed during the pandemic. While the penalties were issued in the year to the end of March 2022, most will relate to errors made in previous years, as tax returns and enquiries take time to process, lawyers at law firm Pinsent Masons have said.
Many individuals and businesses struggled to collect all the information they required to fill out tax returns properly during the pandemic period as lockdown measures restricted access to offices.

Without all required data, some may have filed reports without including all relevant information or made incorrect estimates or calculations, the lawyers said.

When HMRC suspends a penalty, it imposes conditions that taxpayers must comply with during the period of suspension with guidance to avoid further penalties.

If HMRC believes that the taxpayer can take steps to rectify their error, it often chooses to suspend a penalty, explained Jake Landman, Partner at Pinsent Masons.

Landman warned that individuals and businesses that received a suspended penalty should be even more cautious in future. If HMRC finds a subsequent tax return also contains mistakes, they may levy both the suspended penalty and a new one.

Repeat offenders for errors may arouse HMRC’s suspicions that the errors are deliberate rather than careless, which carries a significantly weightier penalty if HMRC pursue this and the taxpayer does not successfully challenge it.

Landman said: “Where HMRC has made the decision to be lenient with individuals and businesses that made mistakes, those taxpayers must take appropriate care to file their future tax returns as accurately as possible.”

“Repeatedly filing incorrect tax returns may just be the result of careless mistakes, but HMRC might take the view that they were filed wrong deliberately to reduce tax bills,” he continued, adding that “if the taxpayer cannot successfully challenge a finding of deliberate error they will face much costlier penalty.”

“Equally, some taxpayers may seek to challenge HMRC’s assertion that their mistakes were careless, arguing instead that they took reasonable care to avoid the mistake. If they can show reasonable care, the penalty should be cancelled altogether, rather than suspended,” Landman concluded.

Birmingham entrepreneurs emerge from the den with ‘saucy’...

Removal of presenteeism and focus on wellbeing should...

What Could VR Do For Casino Business