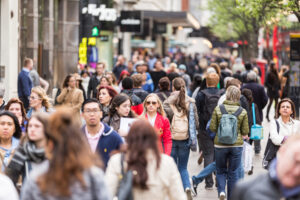 The volume of profit warnings sounded by UK-listed companies climbed 66 per cent in the first half of this year compared to the same period in 2021, up to 136 from 82, according to EY-Parthenon.

A record 58 per cent of firms said rising costs were the main reason behind sounding the alarm on profits, up from 43 per cent in the first quarter of this year, underscoring the intense pressure inflation heaping on businesses.

The report illustrates how the UK’s worsening economic health is feeding through to the country’s corporates. Experts have warned the country will tip into a recession soon.

Supermarkets, pubs, bars and restaurants, are being hit hardest by cost pressures. More than half of the profit warnings came from consumer-facing sectors.

Shares in retail and hospitality firms have plummeted this year due experts warning consumers will cut spending in response to inflation eroding their living standards.

Consumer inflation has climbed 9.1 per cent over the last year, the quickest acceleration in 40 years. New data published on Wednesday are expected by the City to show price pressures firming.

Producer price inflation, a measure of costs borne by businesses, hit 15.7 per cent in May.

Experts said the worsening global economic outlook, the war in Ukraine and higher interest rates as central banks try to tame inflation may drive a further rise in profit warnings.

Hudson added that drivers of profit warnings will switch from supply-chain disruption to waning consumer demand in the face of the cost of living squeeze.

“Over the first half of this year, we have seen profit warnings prompted primarily by cost and supply chain issues, but as we start to see a fall in consumer demand and confidence, it is likely that other underlying stresses will become exposed,” he said.

Why management training is crucial to your business’ success

July could be ‘lull before the storm’ for...