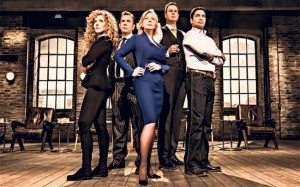 One of the biggest TV shows of the noughties was BBC Dragons’ Den.

Well before it was a niche show today, BBC Dragons’ Den stood tall as the major cross-over show – from business programming into mainstream entertainment – on national television.

Its what made business people jump out of the boardroom and into people’s living rooms.

I was the pioneer and instigator of the concept of the Celebrity Businessperson.

The Independent and The Times both published exposes on the phenomenon by namechecking Lord Alan Sugar and Sir Richard Branson – mentioning me, Richard Hillgrove along with the new-breed of telepreneur from Dragons’ Den that I instigated and fuelled.

Back in 2004, when I first left my role as Advertisement Controller – Regional and International for Express Newspapers, for the world of PR, Duncan Bannatyne was desperate to take matters into his own (guided by me) publicity hands and steer well clear of the ‘committee-approach’ and ‘winner shares all’ modus operandi of BBC’s internal publicity department.

All entrepreneurs were to be treated as equal as far as the Beeb was concerned – with no one standing out!

Bannatyne wasn’t haven’t any of it.

And so born was a new breed of celebrity business person.

As Simon Woodroffe, the founder of Yo! Sushi and BBC Dragon on Series 1, once told me prior to giving a speech to the Labour Party Conference in Manchester which I organised: ‘No one ever made a statue to a committee’.

Elon Musk certainly doesn’t share the view he has to accommodate the agenda of a last committee in terms of key decision making about Tesla, SpaceX, Neuralink and The Boring Company.

With the BBC back at the onset of Dragons’ Den in 2006, the rules were, any interviews with the Dragons would have to involve two or three panellists lumped together on a couch in a group chat with an interviewer – all sharing the limelight.

With the launch of The One Show for the first time in August 2006, I got Bannatyne the first standalone interview of any Dragon on mainstream television, a breakway from the confines of the BBC Publicity department’s ‘group approach’.

He discussed with Adrian Chiles his move from ice cream vans to his nursing homes empire and talked about throwing his former army sergeant into the drink. The One Show interview got candid, up close and personal with the firebreathing Dragon from Glasgow, Scotland for the first time, and on his own terms.

That’s why he got me as his personal publicist.

Because of me the concept of the celebrity Businessman was born.

I remember taking Duncan Bannatyne to the GQ Man of the Year Awards and Billie Piper came over and wanted an autograph from him.

There was a blitz of flashing bulbs when he arrived to his surprise but also absolute glee.

I put Duncan on Sport Relief and made him into a cross over star.

I got Bannatyne on Newsnight criticising Madonna for adopting 13-month old Baby David from Malawi on the basis that Jeremy Paxman would guarantee to namecheck his new book Anyone Can Do It: My Story.

Bannatyne would rush home after the interviews and say ‘book sales are trending on Amazon’.

Channel 4’s panel show 8 Out of 10 Cats starring Jimmy Carr got completely out of hand with Duncan namedropping his book title at least 10 times during an appearance that I organised for him to the absolute horror of some of the other panellists.

Why you should take any advice from me whatsoever?

I’ve been there, got the T-Shirt and lived to tell the tale.

Its this forensic inner workings of the media persona of the Celebrity businessman like the Dragons that ultimately had entrepreneurs clambering to understand the secrets of their success by buying up all their books.

People pouring through the pages of James Caan’s 2009 autobiography The Real Deal: My Story From Brick Lane To Dragons’ Den or his 2012 book Start Your Business in 7 Days, is largely an effort, in my opinion, to ‘crack the code’ of media and financial success.

What’s missing from these autographies is the DNA code of their personas projected through the media and how they can be so very easily turned up, turned down and flight paneled.

Having a robust media persona helps with everything in business, in the least expected ways.

When I first started working with James Caan CBE during his first series of Dragons’ Den, he told me how now being a Dragon changed everything for him in terms of a property deal.

When he bidded to purchase a property in Grosvenor Square, London, being on the television, suddenly ensured he was at the front of the queue of would-be buyers rather possibly floating at the back of any queue.

You will find out just how, in the coming weeks, by applying my techniques, you too can catapult your persona into the national and international media landscape, like the BBC Dragons and countless other higher profile entrepreneurs.

Read more:
Hungry to take matters into your own hands with a single minded approach to your own publicity

Summer of travel chaos: what next?