Popular
“It Is the Same Thing as the Russia...
Little Adam Kinzinger Observes that Some Men Aren’t...
“What Difference at This Point Does It Make?”...
Pelosi on Bidenflation Scam Bill: “Mother Earth Gets...
Kamala Harris Giggles About Mar-a-Lago Raid Then Complains...
Even at His Island Vacation Getaway — Joe...
DeSantis Unveils Ultimate Florida License Plate – And...
Mother and Daughter Indicted by Corrupt FBI for...
Alec Baldwin DID Pull the Trigger on the...
President Trump Announces that He Has His Best...
Home Business Record fuel prices boost Shell profits
Business 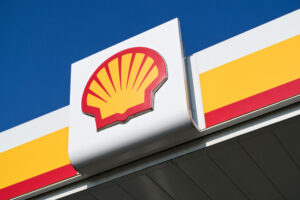 Shell expects its refining profits to jump by as much as $1.2 billion this quarter as it benefits from record high fuel prices.

The oil and gas giant said indicative gross profit margins for its global fuel refining business had almost trebled to $28 per barrel in the second quarter, from just over $10 a barrel in the first.

The increased margin was expected to have a positive impact of between $800 million and $1.2 billion on the second-quarter results of products compared with the first quarter of 2022, Shell said.

The disclosure is likely to further inflame tensions over oil industry profits as consumers face a cost of living crisis, including record high prices at the pumps. Petrol prices in Britain hit more than 191p per litre and diesel more than 199p a litre last weekend.

Howard Cox, the founder of FairFuelUK, said: “The foul stench of profiteering rears its ugly head yet again. There is no doubt rip-off pump pricing is controlled by businesses further up the fuel supply chain and it’s the big oil company infrastructures who are the main orchestrators.”

Wholesale refined fuels such as petrol and diesel are trading at a record premium to the crude oil from which they are made because of a shortage of refining capacity, reduced exports from China and disruption caused by western nations shunning Russian exports.

In America, President Biden has demanded that oil companies use their windfall profits to invest in increasing refining capacity to ease the crisis. “At a time of war, refinery profit margins well above normal being passed directly on to American families are not acceptable,” he wrote in a letter to companies including Shell last month.

Shell, Europe’s biggest oil company, reported record high profits of $9.13 billion in the first three months of the year as it benefited from a surge in oil and gas prices following Russia’s invasion of Ukraine. The group has interests in 9 refineries globally, including Europe’s biggest, in the Netherlands.

Alan Gelder, vice-president for refining at Wood Mackenzie, the consultancy, said European refiners had historically made “very poor” margins of less than 5 per cent of turnover, but in the second quarter gross margins had leapt to record highs of about 30 per cent. Although refiners were facing increased operating costs for the natural gas and electricity they use, he estimated that refineries still had profit margins of about 20 per cent of their turnover.

A Shell spokesman said: “We naturally recognise the burden that increased prices have across society, in particular on vulnerable consumers and communities, and concerns around the profits which the current market situation is driving. The reality is that refining margins are set by the market, not any individual player in it.”

Luke Bosdet of the AA said: “Announcements of bumper oil company profits, regardless of market supply and demand factors, will leave a bad taste in the mouths of motorists.”

RON PAUL: What We’re Facing Today Is ‘A Lot Worse’ Than The Depression (VIDEO)