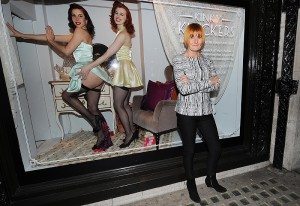 The partnership will amplify Ankorstore’s mission to be an advocate for both independent retailers and brands across Britain, by rewilding the way retailers do business and swinging the balance in favour of independents, to truly champion the community led retail scene.

Summer of 2022 will mark Ankorstore’s first anniversary in the UK, and since its launch, the company has seen explosive growth in the UK and across Europe more broadly; amassing over 200,000 retailers and over 15,000 brands in the European region.

Arming businesses with the tools and technology needed to thrive, it has evolved from a B2B online marketplace to a thriving ecosystem that empowers brands and retailers to grow freely, embrace creativity and stay competitive. Reaching Unicorn status in January this year with a valuation of €1.75 billion, the partnership supports Ankorstore’s continued mission to champion real change for new and established independents, and enable them to compete with bigger players on a global stage.

Mary Portas, who is recognised as the UK’s foremost authority on retail and brand communication, was recently announced as the co-chair of the Better Business Act (BBA) campaign, which called on the government to amend the law governing how companies are run to better reflect their social and environmental responsibilities.

Portas will collaborate with Ankorstore on a range of campaignable moments to pioneer the evolution of independent retail and support in leading the charge for real change in the industry.

The collaboration will take a close look into the current state of the British independent retail scene, via reports and trend forecasting. Portas will also participate in an exclusive roundtable event for retailers and media, and host an engaging content series with an aim to inform and inspire budding new entrepreneurs.

Portas’s unrivalled background and knowledge of the retail space will complement Ankorstore’s decades of retail and e-commerce expertise, established by its founding team of retail and technology experts.

Ankorstore recently unveiled its rebrand alongside its elevated vision to ‘Rewild Retail’. This ambitious mission will see Ankorstore harness the power of technology to return independent shops to the heart of local communities.

Jina Kwon, Deputy General Manager at Ankorstore UK said: “As a European curated marketplace for independent retailers and brands, we are thrilled to announce our partnership with British retail expert Mary Portas. As a brand advocate, Mary embodies Ankorstore’s own values and beliefs, supporting and giving a voice to independent businesses throughout her career.

“At Ankorstore, our mission is to level the playing field for small and independent retailers who are the backbone of the UK economy, especially after the hardships of Brexit and COVID, to ensure a more evenly balanced retail ecosystem. We are excited to have Mary on board as we work to ‘rewild retail’ expanding our platform and giving our growing community the tools they need to thrive.”

When commenting on the partnership, Mary Portas said: “I’ve always championed independent retail as the key to thriving local high streets and our communities. I believe it is such an exciting time for independent brands and retailers and I’m thrilled to partner with Ankorstore, a brand that genuinely shares my vision and ambition for this sector.