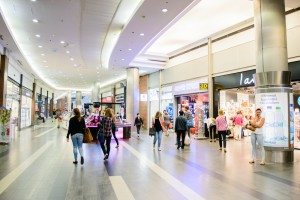 A record number of businesses intend to pass on the rising cost of energy and raw materials to their customers, according to a survey that paints a gloomy picture of business confidence.

Quarterly analysis of 5,700 companies by the British Chambers of Commerce said “red lights on our economic dashboard are starting to flash” as more than four out of five of the firms it questioned cited inflation as a big concern.

Two thirds of firms expect their prices to rise in the next three months, a record high, the survey found, as indications for turnover and profitability confidence, as well as for investment, all worsened between April and June compared with the first quarter.

Business BriefingIn-depth analysis and comment on the latest financial and economic news.One-click sign up.
The number of businesses expecting to increase their turnover in the next year is at its lowest level since the lockdown at the end of 2020, down from 63 to 54 per cent. Three quarters of companies had no plans to increase investment in machinery or equipment.

The rate of inflation is at its highest level for 40 years, and the latest figures show the price of consumer goods rising by 9.1 per cent a year. The Bank of England says inflation could reach 11 per cent in October.

Costs for businesses are even higher in some areas. The cost of shipping in certain trade lanes is more than five times higher than before the pandemic.

Businesses are not subject to the energy price cap and so are more exposed than households to price rises.

Kraft Heinz recently suspended deliveries to Tesco in a disagreement over who should absorb the rising costs.

Shevaun Haviland, director general of the Chambers of Commerce, said: “A cut in VAT on energy bills to 5 per cent, and other steps to relieve the tax burden on firms to encourage investment, are crucial. Better infrastructure, a plan to address labour shortages and a unified long-term economic strategy to give businesses more certainty are also needed.”

Another business lobby group, the Institute of Directors, said that it would like to see an investment tax incentive known as the “super-deduction”, introduced in 2021 to support business investment, made permanent.

Kitty Ussher, its chief economist, said: “When business confidence in the macroeconomy is low, as it is at the moment, the case for government incentives to raise investment becomes even stronger.”

Lloyds Banking Group said corporate confidence had slumped to a 15-month low, while the GfK consumer confidence index, a key measure of how UK consumers are feeling about the economy and their personal finances, fell recently to its lowest level since it began 48 years ago.

A government spokesman said that businesses had received £400 billion of support over the past few years.

July could be ‘lull before the storm’ for...