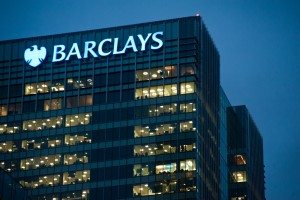 The bank said that it was introducing a £1,200-a-year pay increase from August 1, which would start to show in next month’s pay packets.

The rises of £100 a month before tax were an early instalment on the usual annual inflation review that would normally come in from March 2023.

Unite, the trade union, which claimed credit yesterday for pushing Barclays into the pay increase, said that it equated to an annual rise of 4.5 per cent and 5.5 per cent for two common categories of staff at the bank.

The affected employees account for more than three quarters of the entire UK workforce of Barclays, most of them in relatively low-paid jobs in branches, contact centres and other back-office roles.

Across-the-board pay increases such as this are being closely watched for evidence of how low-paid workers will cope with the cost of living squeeze and for any evidence that a feared wages spiral is building, which could make inflation more persistent.

Inflation, as measured by the consumer prices index, increased to 9.1 per cent in May, with the Bank of England forecasting that it will reach 11 per cent in the autumn.

Barclays last raised pay for staff in March, when it lifted the 2022 pay budget for 43,000 employees by 4.25 per cent, with the most junior people getting a 12.8 per cent increase, it said.

The chief executive of Barclays, C S Venkatakrishnan, is paid a base salary of £2.78 million, with potential bonuses boosting his maximum possible annual package to £9.45 million.