Popular
“It Is the Same Thing as the Russia...
Little Adam Kinzinger Observes that Some Men Aren’t...
“What Difference at This Point Does It Make?”...
Pelosi on Bidenflation Scam Bill: “Mother Earth Gets...
Kamala Harris Giggles About Mar-a-Lago Raid Then Complains...
Even at His Island Vacation Getaway — Joe...
DeSantis Unveils Ultimate Florida License Plate – And...
Mother and Daughter Indicted by Corrupt FBI for...
Alec Baldwin DID Pull the Trigger on the...
President Trump Announces that He Has His Best...
Home Business 1,500 Post Office workers at Crown branches to strike on 11 July
Business

1,500 Post Office workers at Crown branches to strike on 11 July 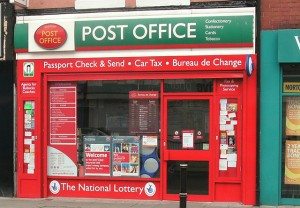 About 1,500 Post Office workers are to stage a further one-day strike in a dispute over pay, adding to a wave of national industrial action causing disruption in the UK this summer.

Britain’s 114 Crown Post Offices, its larger branches often located on high streets, are to close on Monday 11 July – the third day of strike action by postal workers so far this year.

The Communication Workers Union (CWU), which overall represents about 3,500 members involved in the dispute, said the strike was about “dignity and respect”.

The union said its members had rejected a pay offer it said was worth 3% from April this year, on top of a freeze from April 2021, and a £500 lump sum.

The CWU said the offer was “woefully inadequate” for a two-year deal, and well below the level of inflation, which hit a 40-year high of 9.1% last month.

“No worker wants to be in this situation but Post Office bosses can’t be surprised that callous decisions are challenged by our members,” said Andy Furey, an assistant secretary of the CWU. “This dispute is about dignity and respect for hard-working employees, essential public servants who, as key workers, provided unprecedented customer service during the pandemic.”

“We want to assure our customers that the vast majority of our 11,500 branches are unaffected by the CWU decision to strike on 11 July and will be open throughout the day,” a Post Office spokesman said. “There are 114 [Crown] branches, typically in city centres, that are directly managed by Post Office, and on previous strike days over a third have opened as usual. We’re disappointed that the CWU have made the decision to strike but remain hopeful that we can reach a pay agreement soon.”

Last week, Britain weathered the biggest rail strike in 30 years as tens of thousands of staff took action in a dispute over pay and jobs. A 48-hour walkout by tram drivers in south London begins on Tuesday.

The UK is facing a summer of industrial discontent amid growing anger among public sector workers over pay and conditions.

Ministers are considering options for public sector pay increases against a backdrop of growing unrest over the cost of living crisis, with NHS staff, teachers and civil servants bracing for potential industrial action.

Royal Mail staff could be among the next group of workers to strike for higher pay, with the CWU set to start a ballot among members on Tuesday. The result of the ballot, which will give more than 115,000 postal workers the chance to vote on whether to take industrial action, will be announced on 19 July.

British SMEs struggling with ‘a hat-trick of hurt’