Could a Sinking Lid Policy in the Tararua District Alleviate Problem Gambling? 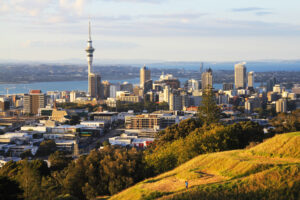 The Tararua District Council has its own steps in place, including a review of its policy every 3 years. The draft sinking lid policy that the Council proposed in the recent review has evoked debate across the fence.

The sinking lid policy has a simple premise of operation – no more new gambling venues or gaming machines to be approved till the total number of gaming machines available goes sub-100. And propping it up strongly are quite a few other consent conditions.

The policy itself doesn’t seem too far-fetched given that there are 108 machines spread across 8 venues currently at Tararua. The reactions, nevertheless, have been on both sides of the fence.

Reacting to the proposed draft policy, the Gaming Association of New Zealand came out strongly against it and called it extreme.

The Association’s legal counsel said a more appropriate step would be a cap at the current numbers because of the extremely low rate of problem gambling. There was no perceived link between the gaming machines and the problem gambling instances in this area, he said, and provided statistical data to back his claim.

According to him, more than 4,600 gaming machines had been moved from New Zealand over the past 10 years; Tararua itself had seen a 25% drop in the numbers. And yet during that 10-year period there had been no change in the statistics connected to problem gambling.

In fact, the gaming machines, contrary to causing gambling-related problems had actually helped the community, he said, by ensuring a steady stream of revenue. On the other hand, online gambling had gone through the roof – gambling spend jumped from $200 million in 2018 to $430 million currently.

The Stance of the Problem Gambling Foundation (PGF)

The Problem Gambling Foundation (PGF) on the other hand said that their request for a genuine sinking lid policy was to ensure that the machines could not be moved out and to prevent clubs from merging. Counsel for the PGF said that it was critical for involved agencies to look at the link between social disparity and harmful gambling.

They also said it was important to understand that harmful gambling and problem gambling were different. The impact of gambling harm is widespread and causes damage to the general social fabric by disrupting the economic stability of a family and home. Seen in that perspective, the very ethics of using gaming machines for community funding was questionable, according to them.

In their submission, PGF’s counsel stated further that the problem gambling community in Tararua was a ‘significant minority’. Across New Zealand, a whole lot of the money spent on gambling came from players with access to Class 4 Electronic Gaming Devices. Machines that were easily accessible, e.g. the ones at pubs and clubs, were the primary culprits, according to most problem gamblers here.

The general view is clear – the ease of access to an addictive product is directly proportional to the number of people using said product, from the point of view of public health.

Many have claimed that there has been an increase in online gambling through the TAB, Lotto and apps. Granted, a sinking policy could very well benefit potentially addictive gambling behavior, one cannot ignore the fact that it’s always better for players to gamble at licensed sites, where responsible gambling is promoted. Reputable operators have entire pages dedicated to this. What’s more, players needn’t risk their funds entirely because it’s possible to get free spins on sign up and no deposit in NZ.

Treat the People, Not the Environment: Pub Charity States

A representative from Pub Charity made a submission to the council too, stating that the arrival of online gambling had changed the landscape when it came to controlling and supervising gambling activity by giving people access to thousands of gambling sites directly on their laptops/mobile devices.

Another party that made a submission to the council was Asian Family Services. They were quite disappointed to see that the draft policy was no different fundamentally from the existing policy. They were strong advocates for a sinking lid policy.

Flutin Live: The Ultimate Live Streaming Platform For Businesses To Grow Their Reach And Strengthen Their Brand Image

How the pandemic accelerated use of anonymised location...

UK to impose steel import tariffs for another...

June 30, 2022
Join The Exclusive Subscription Today And Get Premium Articles For Free
Your information is secure and your privacy is protected. By opting in you agree to receive emails from us. Remember that you can opt-out any time, we hate spam too!