Bank of England raises interest rates to 1.25% to tackle inflation 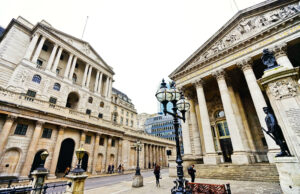 The Bank of England has raised interest rates for a fifth time in succession to tackle soaring inflation despite growing fears over the strength of the economy.

In a move widely anticipated by City economists, the Bank’s monetary policy committee (MPC) voted to increase its key base rate by 0.25 percentage points to 1.25%.

Commenting on the decision, Giles Coghlan, Chief Analyst at HYCM said: “Today, the Bank of England has held its nerve with a dovish 25bps hike, in light of slowing growth and the prospects of a negative 2023 GDP. Prior to the announcement, the most recent surge in inflation from the U.S. had caught the attention of short-term interest rate markets (STIR) for the BoE this week, with analysts pricing in a 71% chance of a 50bps hike in the run up to the announcement.

“On this occasion, however, the central bank has opted to resist temptation. Faced with mixed signals from the U.K. economy, the Monetary Policy Committee has had to weigh a tight labour market, the cost-of-living crisis and surging energy prices against Government intervention with fiscal stimulus. With the threat of triggering Article 16 also looming in the backdrop, policymakers clearly want to avoid hitting the brakes too hard on an economy that is already stalling of its own accord. Traders and investors should watch for GBP weakness and a potential rate cut in 2023.”

Jatin Ondhia, CEO of Shojin ading his thoughts saying: “Today’s decision is no surprise; the Bank of England’s dovish stance is expected as its battle with runaway inflation is only just beginning. In reality, the question right now is how much higher will interest rates go?

“Given the current macroeconomic challenges, it is imperative that investors monitor how different markets and assets are faring, rethinking their strategies accordingly. Diversification and agility could prove key in navigating this testing climate, and it should be expected that most resilient markets – such as real estate – will continue to attract investor demand, particularly among those seeking relatively safe options that stand a chance of keeping pace with inflation.”

Ross Gandy, UK Managing Director of property investment and financing platform Estateguru, commented on what impact today’s interest rate rise will have on SME lending: “With interest rates yet again on the rise, SMEs will be feeling the pressure. Growing costs naturally contribute to an increased demand for working capital, but in times of economic turbulence, traditional banks tend to tighten up and shy away from lending to small businesses. Traditional lenders have strict, one-size-fits-all underwriting criteria which grows ever more restrictive as times get more tough, automatically ruling out a lot of SMEs.

“Thankfully, there are other options available to SMEs looking to secure funding. Alternate lenders take a far more holistic approach to the underwriting process and deal with applications on a case by case basis, taking into account the individual needs of the applicant in the hopes of finding a solution that suits them best. Alternate lenders understand securing capital shouldn’t be a tick box exercise that is reliant on algorithms, but a far more intricate process that requires more consideration.”

Commenting on today’s interest rate decision, Head of Research at the British Chambers of Commerce (BCC), said: “While expected, the decision to raise the interest rate will add further concern to businesses amid a weakened economic outlook, soaring cost pressures, and labour shortages.

“The increase signals the Bank’s intention to tackle inflation but businesses have been raising the alarm about spiralling prices since the start of 2021 and a higher interest rate is unlikely to address many of the global causes of this.

“The increase could impact smaller businesses who may be reliant on banking or overdraft facilities, for instance, those buying goods in bulk in an attempt to offset raw material shortages”.

The journey to B-Corp